Romanian M56 SKS Carbine.  This post will be updated and populated with information as time moves forward.

Romanian M56 SKS, all were made at the Cugir Factory in Romania, this same factory started metal production in 1799. It was the first metal works in Transylvania. It was set up by the Austro-Hungarians and produced very high quality materials, also it fed the demand for material and was also exported elsewhere. The first true Romanian designed weapon was the Orița 9mm submachine gun, it was designed in 1941. In more modern times, they produced a Mosin M-44, the PSL-54c, many commercial and military grade Ak variants, like the md.63 to the WASR, as well as handguns, such as the Romanian TT-33 Tokarev. The Romanians are also noted as refurbing many types of Mausers, the Czech Vz24 in particular is a very commonly found Romanian contract/rebuild rifle.


The factory stamp is very close to the Izhevsk symbol, it differs in that the arrow in the triangle has no fletchings and the arrow is attached to the bottom of the triangle. The Russian Izhevsk symbol has a fletched arrow inside of the triangle, it's slightly shorter and is not attached. Manufacturing dates range from 1957 on to 1960, so 4 years total production. It has been previously estimated the Romanian SKS production to be around 500,000, but such a high number with 4 years total production is a pretty staggering amount. The realistic estimated number that seems more plausible may actually be around 77k +/- 20k, this number is based of estimates of known serial prefixes and serial numbers. And during the time these were imported, only a small percentage came to our shores. So when compared with a Russian, Yugoslavian and Chinese, these rifles are not all that common.
Cugir Factory stamp 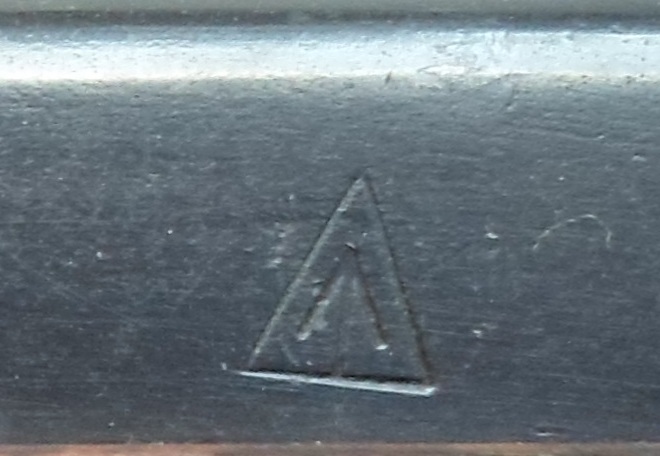 All of the main markings will be found on the receivers left side, just above the wood line. The serial number follows a 2 letter suffix, up to a 4 digit pattern, such as  AB11, BC123 or CD2222. Following the serial is typically a dash. The year of manufacture is next, in the 195x/196x format. There are examples of undated rifles as well, either these are pre 1957, or the very last production 1960 rifles. And after the serial, dash and date, is the factory stamp, the Cugir triangle. The barrel in front of the stock/handguard, usually on the right side will contain the import stamp.
Example of the serial, year and factory markings, AB1234 - 1958   /I\

Other marks, proof stamps, Q & A inspection stamps, and various other marks can also be found, on and around the barrel lug area, under the wood line etc. Stock stamps such as serial on the left butt stock, and other smaller stamps can also be found. At the back of the receiver on the wood, a <C> stamp, a (o) circle in a circle, and what looks to be a spoked wheel are often found.
Other stock markings 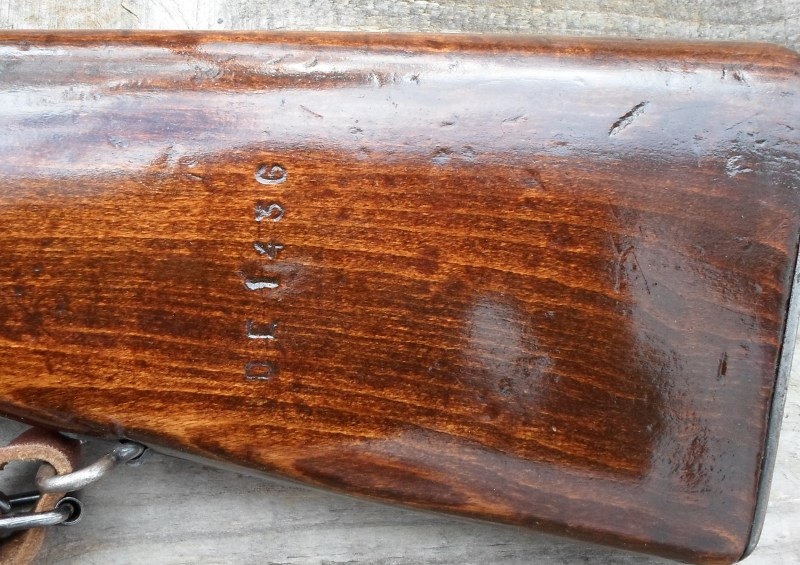 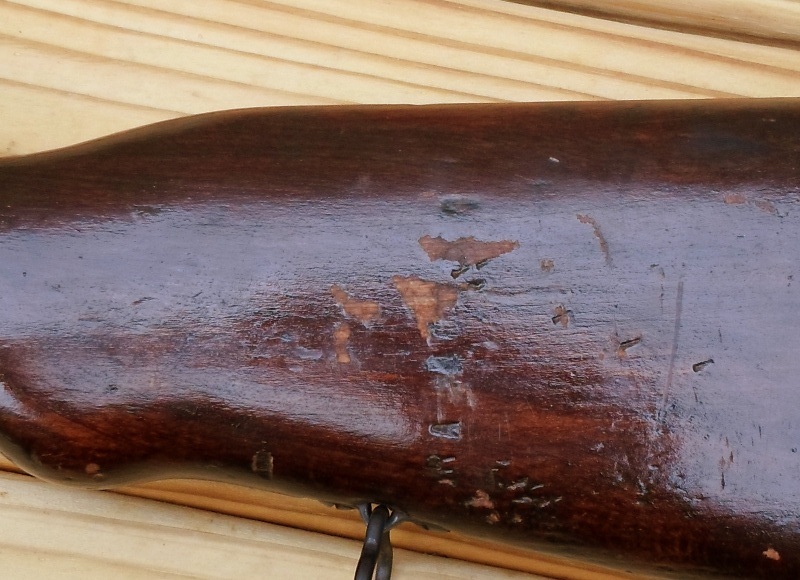 Markings at the rear of the receiver, these are not always present 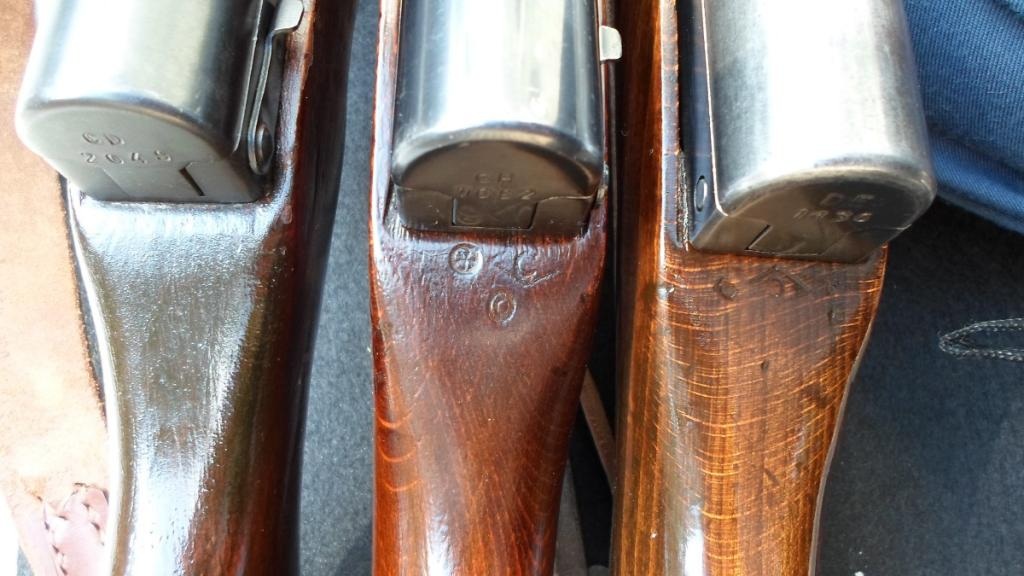 Finger grip stamps right is stamped with what looks like MNBSCP 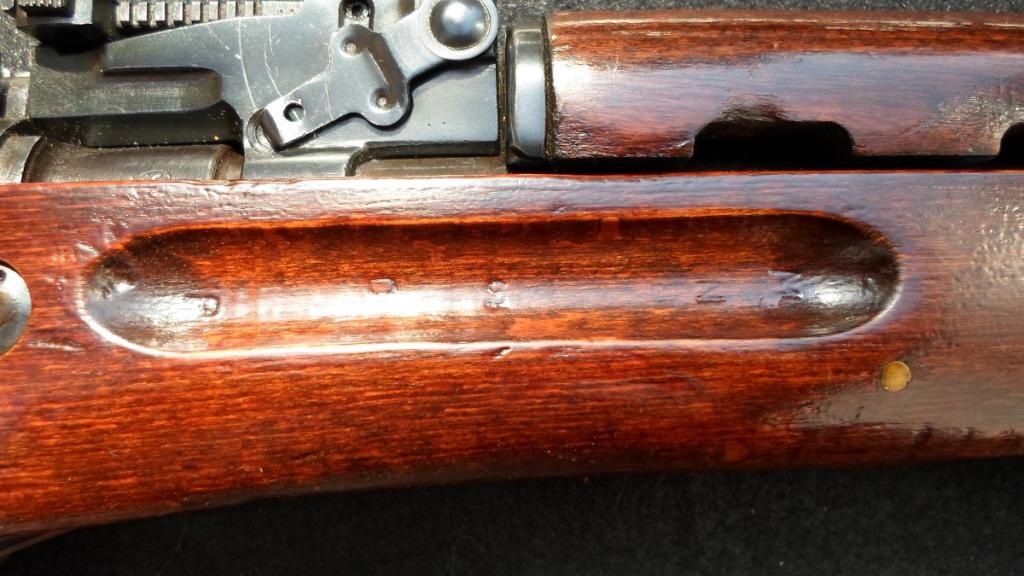 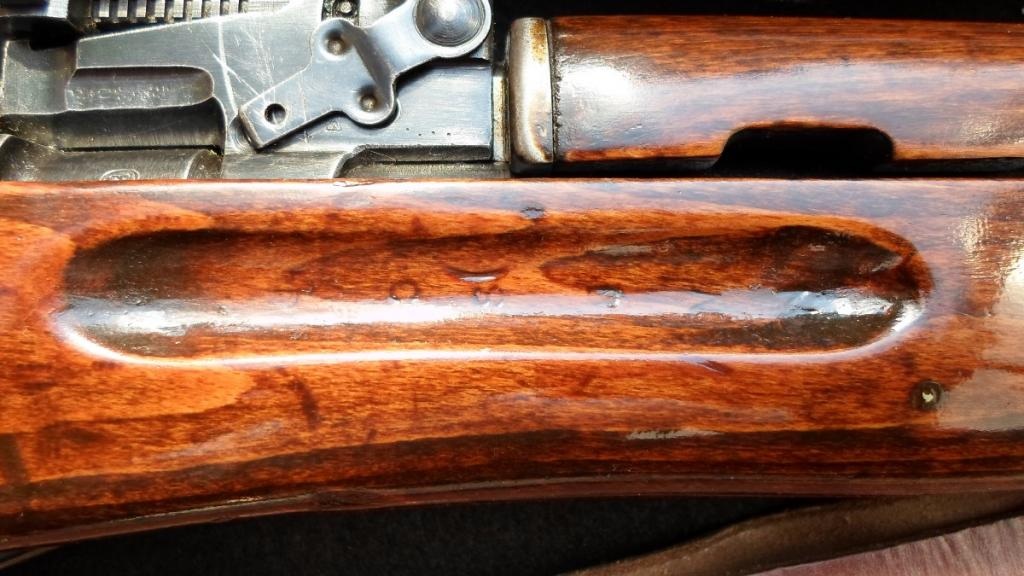 Right side, /115\ with an F above it, an M in the left corner and an A in the right corner, another mark some have, some don't. It can also commonly be seen in front of the serial number on the receiver, shown above. This mark can also be found on the barrel lug 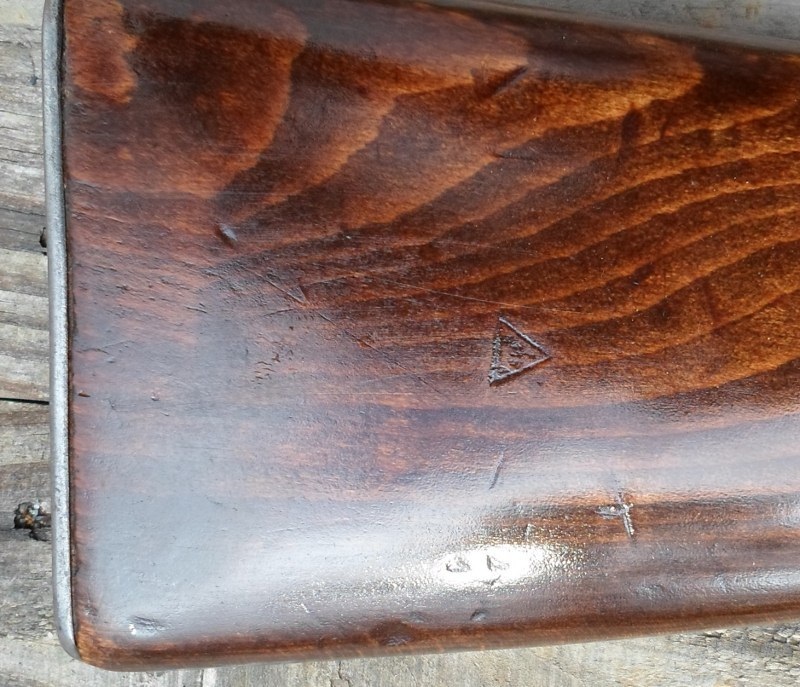 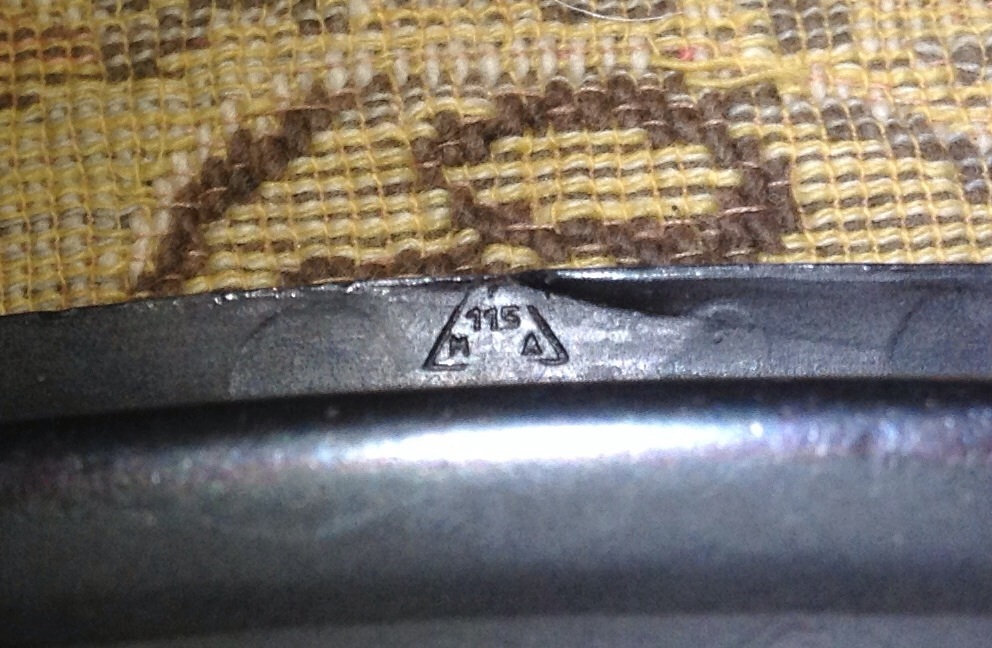 These rifles are like the Chinese, Russians, as well as the rest, all of the same common parts are serialized. An un-matching Romanian is a very common find, some can be found with the elctro-pencil type matching system, a fully stamped matching rifle is fairly uncommon, but it does happen. The metal work is typically a very deep blue/almost black bluing. Stocks are beech and have a dark shellac finish, rough stocks or well used are typically found. They use the long lug design barrel. Some of the smaller differences are a Chinese style gas tube latch and the rear sight has an "I" stamp.

Like a Russian, the bore is chrome plated, they used a blade bayonet, and parts are easily swappable between them. As general warning, some fitting maybe required, it may not be required, this is due to possible slight tolerance differences between countries. The quality, fit & finish, they in my book are hand in hand with any other SKS you can find.